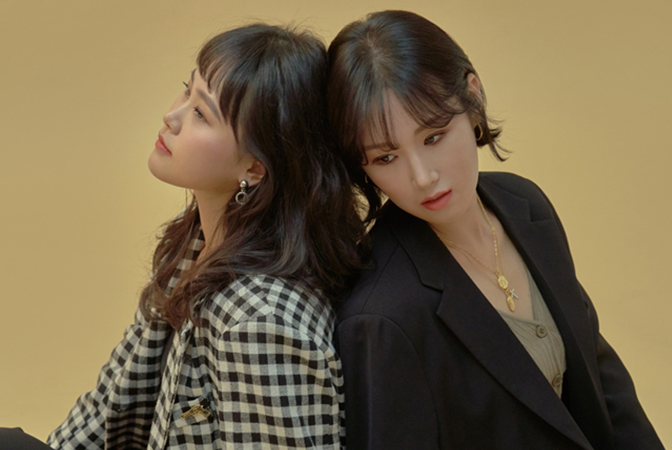 OuiOui may have only debuted a year ago in 2018 but the duo consisting of Meijee and Blueny are slowly gaining recognition with their distinct music style and signature aesthetics. Meijee focuses on songwriting and composing while Blueny is the vocalist. OuiOui which translates to ‘Yes Yes’ in French, strives to be approachable for their audiences to easily relate to them. They have also successfully held their first solo concert in August this year.

For every single they have released so far, they have also used artworks to illustrate the stories in their lyric videos. The visuals adopt a style reminiscent of 90s anime and are crafted to resemble lo-fi videos.

Get ready to be momentarily transported to another planet when you first listen to alluring melody that comes from OuiOui songs. Blueny’s sweet voice paired with the fresh energy of Meijee’s composition work well together to create an addictive and calming track.

Their songs carry a dreamlike and relaxing vibe but the lyrics are also honest and relatable. From the heart fluttering feelings of first love to the desire of finding happiness in the little things, their songs are infused with emotions familiar to all. As their online profile states, they ‘want to sing a story that you’ll know.’

Here are three songs sure to get you into their galaxy:

The duo debuted with this track that talks about the remnants of a breakup. It also features their labelmate Wilcox. While it might be unusual to debut with a breakup song, the addictive hook will definitely linger in your ears.

Meijee mentions that she wrote this song with the thought that everyone can be the main character in their own story. With Blueny’s tender vocals, this song comes as a comfort to those wandering on the crossroads of life alone.

What kind of person am I to you
Just like this, will you let us go

This song encompasses feelings of longing for your loved ones during the New Year. Both members also sing on this track where their harmonies will embrace you like a warm hug. It comes as a reminder to reach out to family and friends you haven’t seen for ages. Before the year ends, why not share this heartwarming song with your loved ones to express your unsaid feelings?